Nick Diamond, ’15: A Leading Voice in the Response to Monkeypox 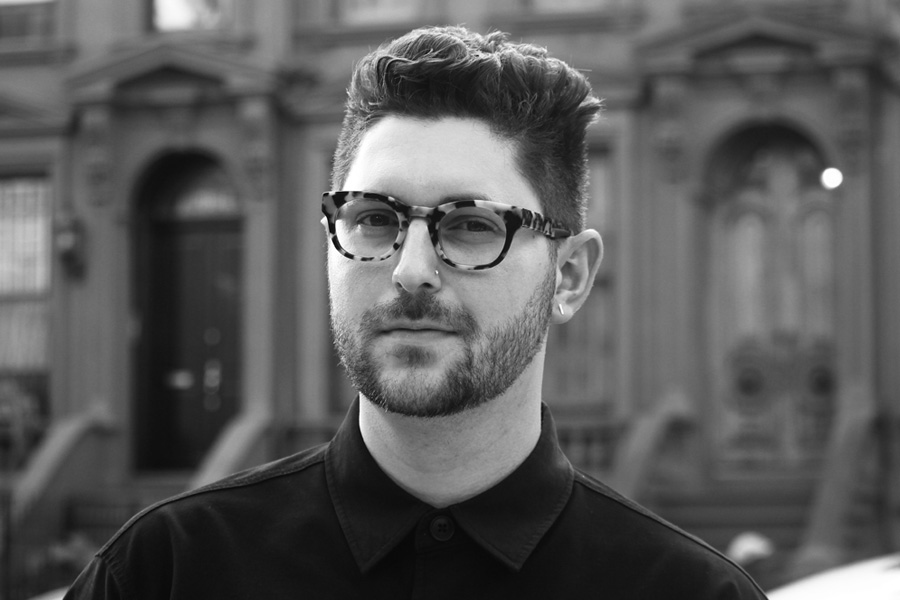 Nick Diamond, ’15, was a double major in French and Cell and Molecular Biology at Albion less than a decade ago. Now he’s a leading voice in the fight against Monkeypox.

A professional meeting with officials from a current White House administration is a highlight in anyone’s career, let alone for someone who received their bachelor’s degree from Albion College less than a decade ago.

And while one would perhaps not prefer the conversation happen under the urgent circumstances of a rapidly spreading viral disease, Nick Diamond, ’15, was eager to discuss policy recommendations and the federal government’s response to the continuing monkeypox outbreak.

“It was definitely a terrific start to a conversation on how to implement the policy solutions we recommended and to transmit clarity and transparency in the response,” said Diamond about the virtual meeting last month with Bob Fenton and Dr. Demetre Daskalakis, who lead the Biden administration’s response to monkeypox. Diamond was among a group of signatories who a few days prior published an open letter to the Biden administration about its response to monkeypox in Harvard Public Health magazine. “This was another example of how we can use public health communications as an advocacy tool.”

Earlier this summer, Diamond became manager of editorial services at the Elizabeth Glaser Pediatric AIDS Foundation in New York. Previously, he served as managing editor of Public Health Post, an online publication of the Boston University School of Public Health, from which Diamond earned his graduate certificate in African studies and his M.P.H. in global health with an emphasis in sex, sexuality and gender. Along the way he has worked with Brown University, Columbia University, Harvard Medical School, Massachusetts General Hospital, African Services Committee, MPact Global Action for Gay Men’s Health and Rights and the National Association of Community Health Centers. Diamond has published with POZ, Harvard Medicine News, Governing Magazine, and Innovators Magazine. He has served as a source for The New York Times, Last Week Tonight with John Oliver, Bloomberg, The Washington Post, The Atlantic, STAT, WGBH and National Public Radio, as well as an expert witness for the U.S. Department of Justice.

An expansive network built in a relatively short time enabled Diamond to become a co-investigator this summer for the group that published the open letter and met with the White House. Known in short as RESPND-MI, the Rapid Epidemiologic Study of Prevalence, Network and Demographics of Monkeypox Infection is a collective of 19 queer and trans experts in clinical medicine, epidemiology, biostatistics, virology, activism, policy, marketing and communications that is innovating community-based participatory research. In late August, the group rolled out MPX NYC, an LGBTQ+ community-led anonymous survey of monkeypox symptoms and networks among queer and trans people in New York.

“We will use the responses to build a map of where people think they may have been exposed to monkeypox and then share accordingly to help distribute vaccine,” Diamond said. “We’re piloting this program in New York, but if it’s successful, we’d like to find ways to scale it nationally.”

According to Diamond, many monkeypox cases are mild, but some can be severe, with symptoms ranging from a fever and muscle aches to swollen lymph nodes and a rash that can eventually lead to blisters, which are not only painful but particularly contagious.

Diamond also says the disease has been around since the 1970s and is endemic in west and central Africa, mostly seen among the general population. “It’s not a gay disease,” he says. “It’s right now being seen in gay and trans communities in the U.S. and Europe, but it could spill over to affect the general population.”

Undergraduate studies and travel served as excellent preparation for Diamond and his chosen career path. A double major in French and Cell and Molecular Biology at Albion, he fondly recalls taking Dr. Emmanuel Yewah’s First-Year Seminar course, Africa: Myth and Reality. “That course opened my eyes to global health and also gave me the opportunity to travel to Cameroon, which was the first time I left North America.”

A sophomore-year trip to France (including to the College’s Sister Cities, Noisy-le-Roi) followed. Then came a second trip to Cameroon, this time in his junior year as a First-Year Experience student mentor. Finally, as a senior, he studied for a semester in Senegal.

Diamond has stayed connected with Albion, including last year, during the height of the COVID-19 pandemic, when Dr. Brad Rabquer, professor of biology, recruited him to teach the Wilson Institute’s intro to public health course. Dr. Dianne Guenin-Lelle, professor of French, also invited him to give a virtual guest class lecture about COVID-19 in the Francophone world.

“From his first semester at Albion, he was a gifted and poised communicator, able to synthesize complex issues clearly and concisely,” Guenin-Lelle said, adding that Diamond wrote a senior thesis in French comparing biomedical and traditional treatments for illness in West Africa. “He remains one of our most involved alumni and a champion of Albion College.”

For his part, Diamond says the relationships he was able to forge with Albion faculty have meant, literally, the world.

“I was originally on track to apply to medical school,” he says. “I only switched to global health because of my junior-year Cameroon trip with the FYE program. That trip was really what moved me to use my French language skills in global health. There were a lot of conversations with Dianne and Emmanuel in Vulgamore, and I really haven’t looked back since then. I credit all of this to them. This is all because of my professors at Albion.”