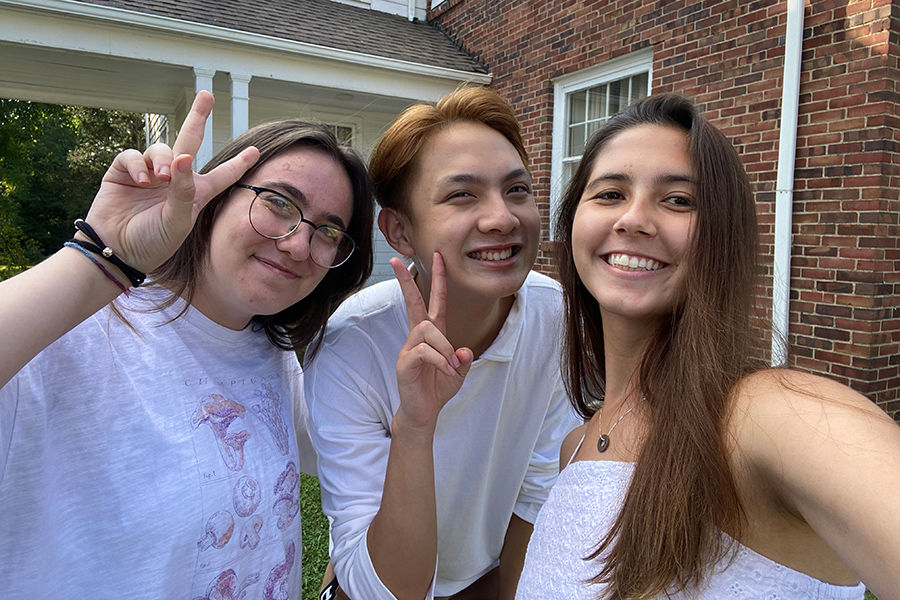 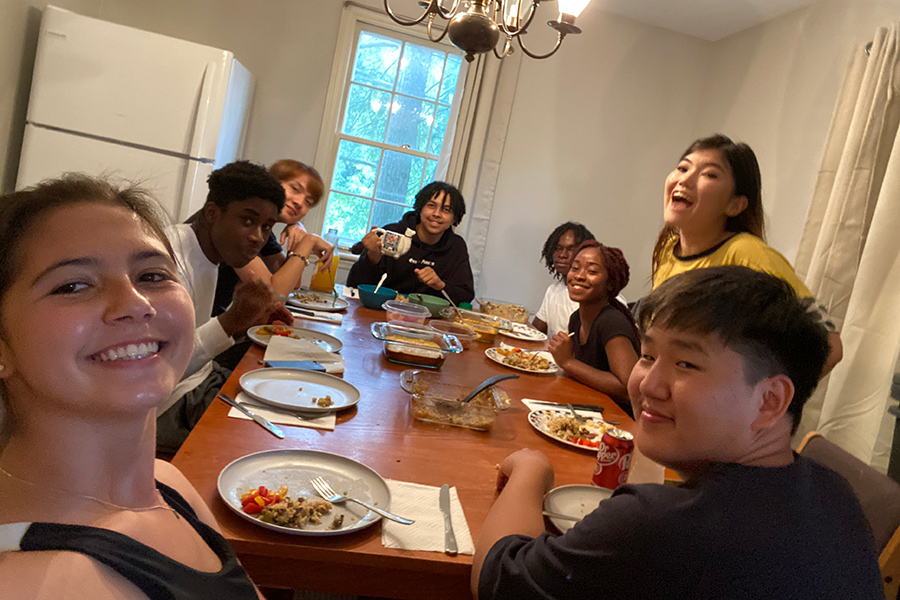 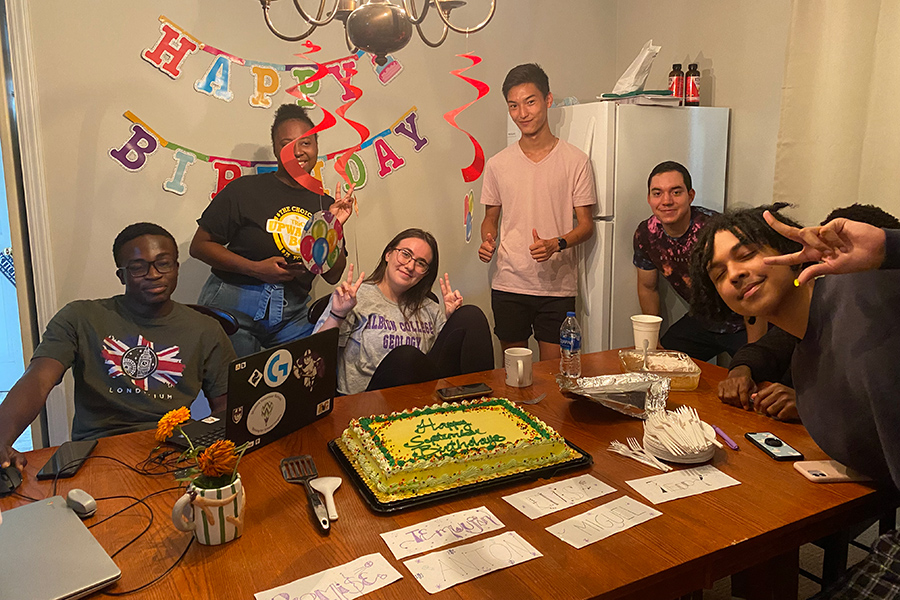 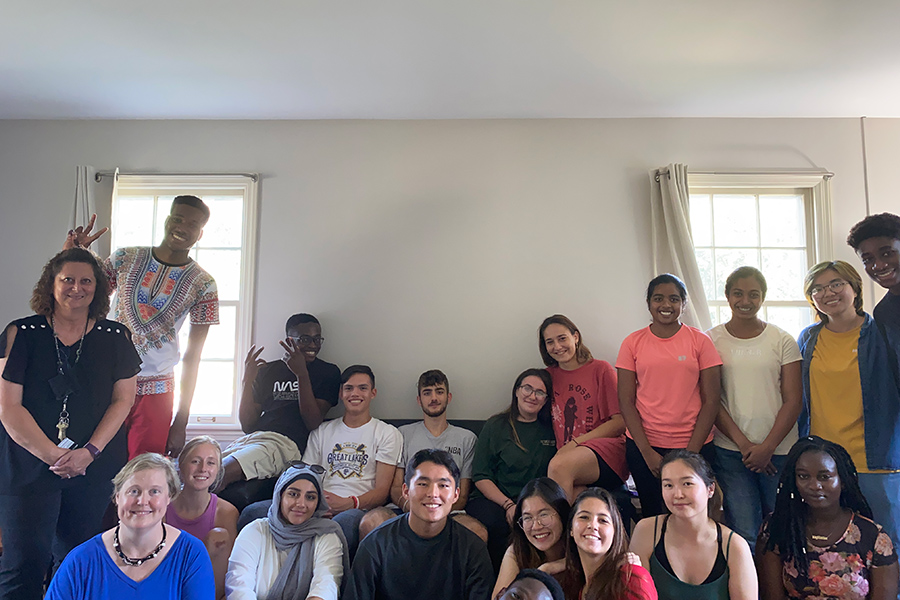 It could be the premise of a reality TV show full of conflict. But at Albion College, it’s the Global Intentional Living Community (Global ILC), where the residents celebrate their differences as a personal, day-to-day experience.

“Choosing your roommates specifically to learn about differences of cultural background and lifestyle is a unique challenge,” says A.J. Mattson, ’17, manager of housing and operations in the Office of Community Living. “What is beautiful about their designed ILC is that it affords these students an opportunity to confront and engage this challenge.”

Brazilian student Marcelle Collares, ’23, says the COVID-19 pandemic and its quarantine periods in particular served as inspiration for the Global ILC, located at the old President’s Guest House at Michigan Avenue and Ditzler Way (Hannah Street). “After months of isolation, living with other students was the best part of orientation week,” she says. When Community Living invited student proposals for its ILC program, Collares and her eight roommates formed the largest ILC on campus this year.

Despite the intentional goal of celebrating differences, the ILC hit some early bumps. Almost immediately, Collares recalls, tensions flared over whether residents and guests would wear shoes in the house.

“Our first week together was kind of a mess because we each wanted to do things our way. We sat in the living room and said, ‘It has to work somehow,’” Collares says. Regular group meetings help sort out problems while providing unique lessons on cultural sensitivity (including the importance, in some cultures, of keeping shoes out of living spaces). “I am proud that we made it work,” Collares adds.

That attitude of respect and compromise continues to help Global ILC members achieve their goal of celebrating diversity (as well as working out more mundane issues, such as keeping the kitchen clean and respecting quiet hours). The all-house dinner is cooked by different students each week, featuring favorite dishes from their families and home countries.

Watchen Roberts, ’24, from Liberia, recalls her turn with Bach Tran, ’23, from Vietnam. “I had never heard the term ‘jambalaya,’” Roberts says, “but when we were randomly paired as cooking partners he told me we should make it, and it became the best dish everyone loved.”

Collares agrees, even though she initially struggled through some of the all-house dinners. “I’ve kind of learned to like spicy food, because I had to,” she smiles. “It’s been really good to try different food and experience other cultures that way.”

“One thing that really stuck out to me was how different our schools were from each other, and how most people graduated at an early age and how most took a gap year, which I personally don’t see much among Americans,” Straham explains. “I will say that being part of the Global ILC meant that I had to be open to trying new things.”

Roberts adds, “We look out for each other in a way that we are each other’s moms, dads, sisters, brothers, friends and, above all, family. We share utensils, food and chores. We have rules we follow and we respect each other.”

Indeed, “Being different is what keeps us together,” Roberts says. “As long as I am on campus I plan to live in the Global ILC, because this is where I feel at home.”