Josh Cassada, ’95, will boldly go where no Albion College alumnus has gone before shortly before 1 p.m., Monday, Oct. 3, weather permitting. 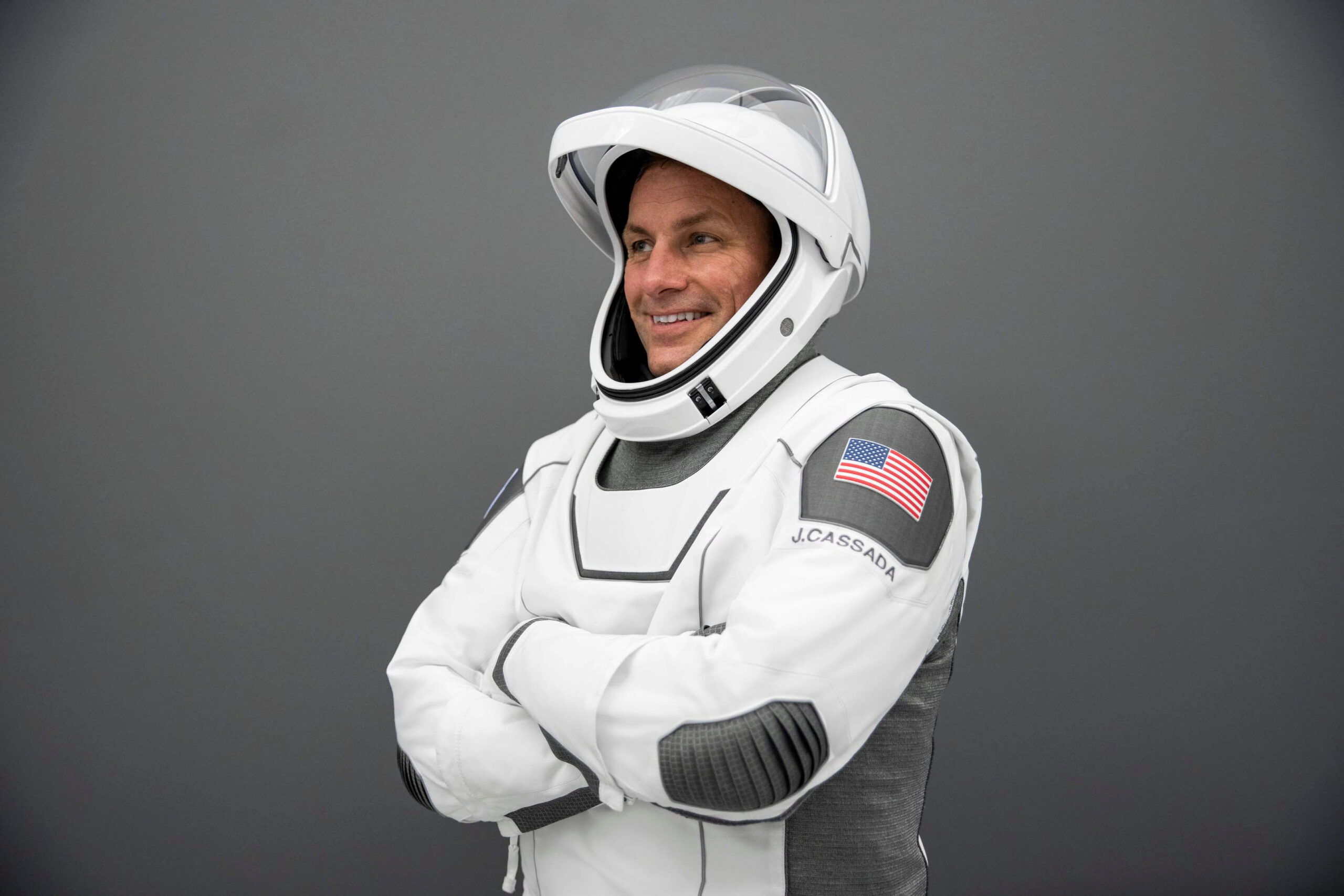 Update: The launch has been postponed until Wednesday, Oct. 5 due to weather.

NASA has set the launch window for Crew 5 to be sent to the International Space Station no earlier than 12:45 p.m., Monday, Oct. 3, but Hurricane Ian could impact the launch schedule.

Albion College students, faculty and staff will be able to view the launch, and history, live via streaming Monday, Oct. 3 in the science complex atrium.

“Anytime someone’s dream comes true it is very exciting,” said Nicolle Zellner, chair of the physics department at Albion College. “Josh has said from the beginning that this is what he wanted to do and he is doing it.” Zellner will be attending the launch in Florida.

Cassada earned a bachelor’s degree in physics from Albion College and his Ph.D. at the University of Rochester, where he conducted experimental high energy physics research at the Fermi National Accelerator Laboratory. He became a naval aviator and participated in two operational deployments before becoming an instructor at the US Naval Test Pilot School. He was selected by NASA in 2013.

The four have been in official quarantine since Monday, Sept. 19 in preparation for their flight. The process of flight crew health stabilization is a routine part of final preparations for all missions to the space station. Spending the final two weeks before liftoff in quarantine will help ensure Crew-5 members are healthy, as well as protect the astronauts already on the space station.

After docking, the Crew 5 astronauts will be welcomed inside the station by the seven-member crew of Expedition 68. The astronauts of NASA’s SpaceX Crew 4 mission will undock from the space station and splash down off the coast of Florida several days after Crew 5’s arrival.

Crew 4 has been on the ISS since April 27 of this year. Crew 5 is slated to spend approximately six months as well.

The station has since been continuously occupied for 21 years and 324 days, the longest continuous human presence in low Earth orbit, having surpassed the previous record of 9 years and 357 days held by the Mir space station.