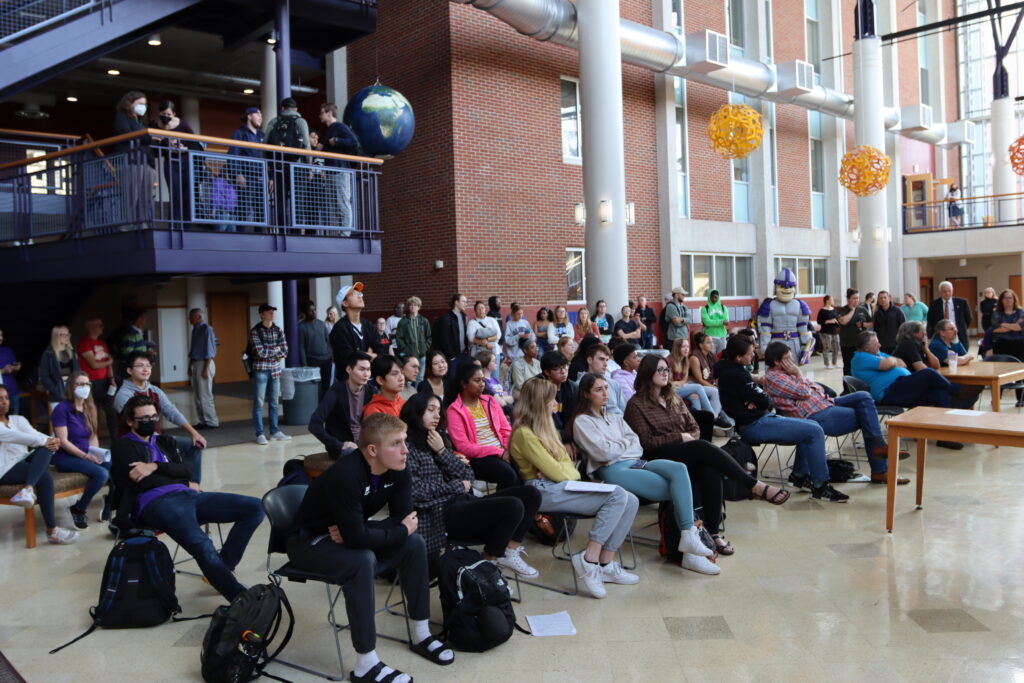 Cassada, the pilot for the Crew 5 mission to the International Space Station, joined a very elite list of astronauts to go into space and became the first Albion College astronaut when the SpaceX rocket lifted off toward space without issue.

The Albion College crowd counted down from T-minus 10 seconds and gave thunderous applause as the rocket ignited. Almost immediately the crowd got quiet as the rocket lifted off the pad at Kennedy Space Center and climbed safely into the atmosphere.

“We could not be more proud,” said Albion College Interim President Joe Calvaruso. “Josh is a remarkable person and this is a historic event. We are just so pleased to be a part of it.” 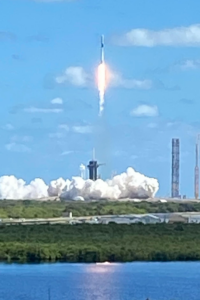 “Seeing Josh’s launch was incredible!,” said Nicolle Zellner, chair of the physics department at Albion College, who was at the Kennedy Space Center in Florida. “The view was amazing – unobstructed, 3.5 miles away – and I got very emotional knowing he and his crew were on their way at liftoff. The sound rumbled from the pad, right toward us. I could feel it through my whole body. It was thrilling! A great day for a launch!

“Josh said he was going to be an astronaut when he arrived at Albion as a freshman. And he did it. That should be inspiring to all of our Brits, now and in the future. Albion can get you anywhere!,” Zellner said.

The excitement at the viewing party was equally tangible.

“I think this is really cool,” said Jeremy Timmer, a sophomore software engineering major. “It is great for Albion and proves that it doesn’t matter what school you go to, it’s about who you are.”

“We are here to see history,” said Grace Cholette, a senior economic major.

“This is pretty crazy,” said Harper Lienerth, a junior math major. “This should give Albion students the confidence to live their dreams.”

Crew 5 is expected to dock with the International Space Station sometime before 5 p.m. Thursday and begin its scheduled six-month mission. They will spend several months aboard the station conducting research in areas such as cardiovascular health, bio printing and fluid behavior in microgravity.