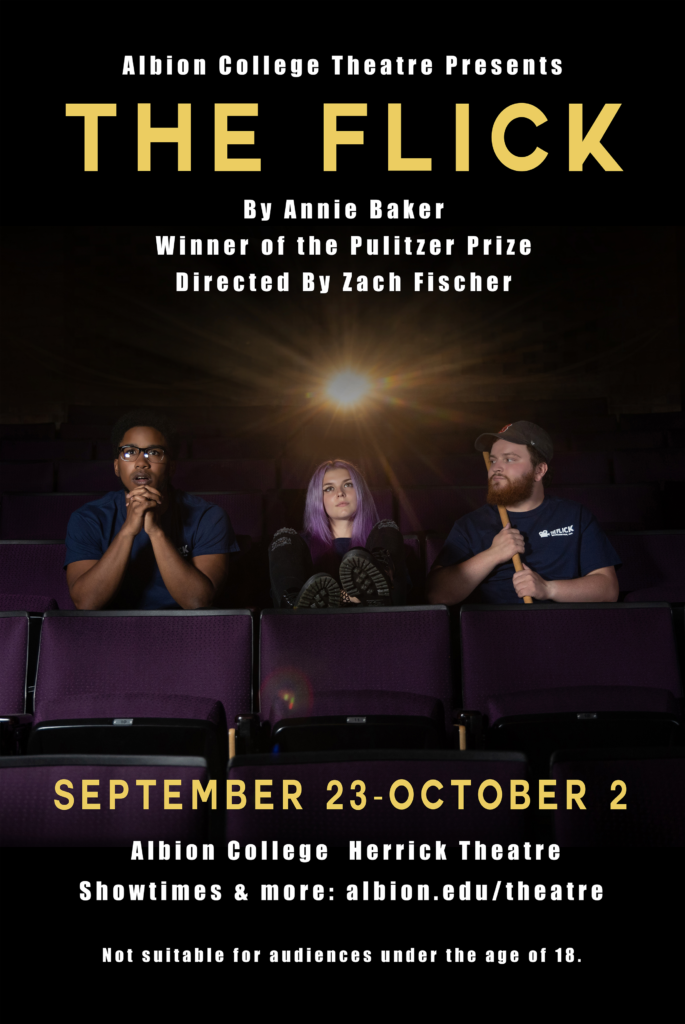 Albion’s Theatre Department returns to live performances with THE FLICK!

In a run-down movie theater in Massachusetts, three underpaid employees mop the floors and attend to one of the last 35 millimeter film projectors in the state. Their tiny battles and not-so-tiny heartbreaks play out in the empty aisles. Considered one of the first great plays of the 21st Century, THE FLICK is a hilarious and moving cry for authenticity in a fast-changing world.

Not suitable for audiences under the age of 18. At the Herrick Theatre, in the Dow Center. Masks required. Admission is free.

Post-show audience discussion with the cast.