With Aplomb, Ashley Pion, ’23, Piles On the Experience 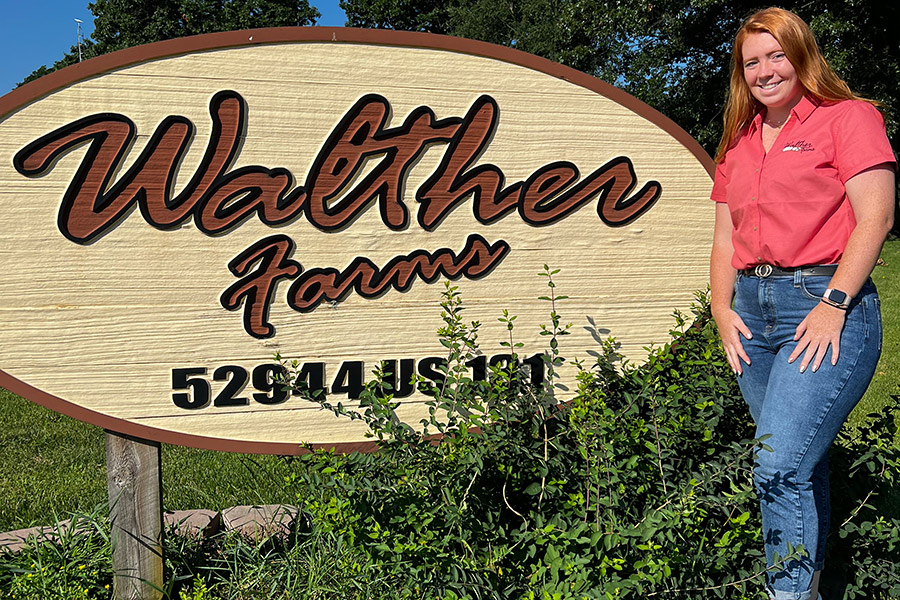 A member of the Carl A. Gerstacker Institute for Business and Management, Ashley Pion is gaining valuable professional experience this summer as a human resources intern at Walther Farms in Southwest Michigan.

Ashley Pion, ’23, is in the midst of a fruitful summer internship in Three Rivers, Mich., home to the headquarters of Walther Farms, a third-generation family-owned agribusiness that grows potatoes across 18,000 acres in eight states from Michigan to South Carolina to Texas.

But even before her first day at Walther, the Gerstacker Institute member has put the human resources emphasis of her economics and management major to work — not to mention her communication studies second major — through the several leadership hats she wears at Albion College.

Pion will start her senior year a month from now as president of the Panhellenic Council and as one of the top softball pitchers in the Michigan Intercollegiate Athletic Association. 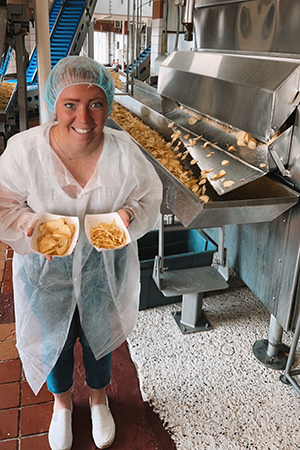 Pion visited the potato chip production line of Detroit-based Better Made Snack Foods, a large Walther Farms client. According to Gerstacker Institute Director Laurel Draudt, “Ashley’s ability to impose positive influence on her peers and anticipate and address needs within her work and on behalf of the company have helped her stand out as an intern.”

“As you can imagine with being a leader, you have to have good communication skills,” says Pion, who grew up in Edwardsburg, Mich. “You have to have structure and organization, which falls along with my human resources major in terms of understanding how people like to be led and how everyone follows differently. How I lead my team in softball is different than in Greek life, simply because it is not the same atmosphere.”

At Walther Farms, Pion has done everything from helping to run the social media operation to planning events and other organizational work. “My experience this summer could not have been any better in my opinion,” she says.

And, as Pion describes it, part of what has made it so rewarding has been, well, the field.

“I sought an internship in the agriculture industry,” she says. “My mom works for the Michigan Farm Bureau, so growing up I have always traveled to work events with her and whenever she needed help I was there. Being around agriculture my entire life, it would be hard to leave that behind. it is just embedded in my roots.”

Just as woven into her fabric is a commitment and work ethic that, in the pitching circle, has led to back-to-back single-season Briton strikeout records (her 147 this past spring eclipsed her 129 the prior year). Pion was named to the all-MIAA First Team in 2021. 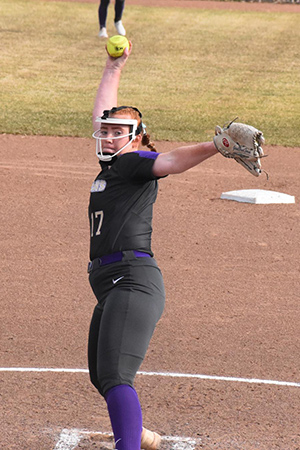 A three-year softball letter-winner, Pion was also featured in the MIAA’s Student-Athlete Spotlight series this past spring. Watch the video.

The Delta Gamma member added the Panhel presidency to an already full Albion plate in January. She also is a student worker in the College’s Office of Human Resources. How does she manage the multitude of commitments?

“I live by my Google calendar!” Pion says. “Every Sunday I sit down and plan out all my activities for the week. I even make a softball calendar for my team so that everyone has the practice and game schedule right in front of them.

“Once you get in the groove of things, it is actually very easy to manage everything and it just becomes a routine at that point,” she adds. “I have found that the busier I stay, the better I do in my classes, practices and within Greek life.”

Dr. Vicki Baker, professor of economics and management, is Pion’s advisor and says their shared focus on the HR sector has led to many conversations about academic and professional interests.