The Legacy of Robina Quale Leach, Righting Wrongs of History

The notoriously no-nonsense professor was also a sensitive and empathetic agent for equality, social justice, and love of the arts. 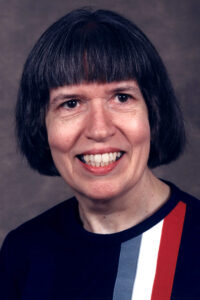 History professor emerita Robina Quale Leach passed away Sept. 24 in Spring Arbor, at the age of 91.

From bachelor’s to doctorate, Quale-Leach earned all her academic degrees at the University of Michigan; she likewise spent her entire professional career at Albion College. In 1957, Quale-Leach joined the faculty as a 26-year-old instructor — the youngest and only female member of her department — and its first specialist in Asian history.

Despite being only a few years older than her students at the time, Quale-Leach quickly gained a reputation as a no-nonsense teacher with high expectations.

“I remember a class with Robina that was mostly about Africa,” says Jim Urquhart, ’66, recounting a 60-year-old memory that’s still fresh. “Dr. Quale made a handout — single spaced, typed on both sides of the page — and it listed information like how many goats, or phones, or wells, were in a given area. That was the basis of our first test, just memorization. some people did well, and some didn’t.”

Urquhart further explained that Quale-Leach firmly believed that a true understanding of history had to be set in knowledge of the present day. “It was amazing how she approached the class,” says Urquhart. “Geographically, economically, socially, we talked about everything that was part of politics and development.” 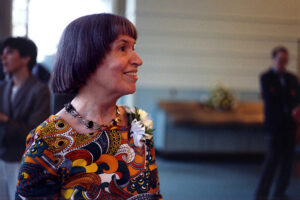 “I think her exams were perhaps the hardest ones I took at Albion. She wouldn’t ask questions that had been discussed in a paper or in-depth in class,” says Kevin Opple, ’93. “It was always something that the reading had covered. The amount of reading was not for the weak of heart, but if the student had followed class discussions, they could apply those concepts to the question at hand. Her class was one that made me feel like I was really learning how to be a trained historian.”

Quale-Leach chose a career in academia in part because she realized her first passion — architecture — was not a realistic career goal for a woman in the 1950s. Throughout her professional and personal life, she led and supported projects and organizations that gave greater opportunities to women, people of color, and those living in poverty. Working through Albion Rotary, the Albion NAACP, Albion AAUW, St. James Episcopal Church, and various city committees, Quale-Leach devoted herself to improving life for those around her.

“People sometimes made fun of her single-spaced memos with all the margins filled in, but I liked them. I read Faulkner and Henry James and I know what she was doing,” says emerita professor Judy Lockyer, who worked with Quale-Leach to add women’s studies as a curricular requirement and course of study. “When we had the faculty vote on women’s studies and it was clear it would go our way, I saw Robina put her head down and there were tears in her eyes. She was never afraid to feel things so strongly and speak up and she worked so hard. I admired her for that. I admired her for a lot of things”

“She had many battles under her belt from supporting the founding of the women’s center and women’s studies program through eliminating different “hours” for women students compared to men,” adds women’s studies professor Trisha Franzen. The esteem younger feminists had for her is clearly demonstrated in the photographs I inherited from her retirement party. They are vivid reminders of the impact she had on younger women and their issues at Albion.”

And from her earliest days on campus, the devoted and ambitious scholar showed her students — and her colleagues — that there’s more to life than studying. “I always came to Dr. Quale’s history classes expecting to take copious notes,” says Jim Dean, ’66. “But once, just before Christmas break, she entered the classroom with her ever-present briefcase and announced, ‘I have a surprise.’ Instead of lecturing, she read us poetry by Lawrence Ferlinghetti. That unexpected introduction to the holiday provided us with insight into another dimension of Dr. Quale.”

“Early on, I was asked to coach the men’s soccer team. I asked Robina what she thought about that in terms of my teaching and scholarly workload,” recalls history professor emeritus Geoff Cocks. “As I described my experience as a player and a coach at Occidental College and my interest in being the Albion coach, Robina took copious notes and then gave me an exhaustive analysis of the situation. In the end, I decided to take on the coaching job, encouraged by Robina’s knowledge of what a liberal arts education can and should be. This was my first, though hardly the last, experience with Robina’s fabled memos.”

Cocks adds: “She wasn’t just a teacher, but a respected scholar in her field. One of her books, on gender in Asian history, was even named as a foundational source on the subject by the American Historical Association.”

“When my youngest got married in NY, she came to the wedding,” says Cheri Culver Leach, ’69, whose friendship with Quale-Leach developed during Quale-Leach’s 17-year relationship with emeritus professor of art Richard Leach — and continued over the 20 years following Leach’s death.

At the wedding, Quale-Leach presented each of her step-grandsons (both newly married) with a handmade wooden vase and a poem. “She loved the arts and she was so thoughtful,” says Cheri. “And this was the same woman who, when she came to visit, planned six months in advance and scheduled down to the minute.”

Cheri continues, “She was romantic in one sense and — well, not — in another. You never knew which Robina you were going to get. But it was always entertaining. You had to love her.”