The Albion history professor develops rich stories from photographs and film across the first half of the 20th century. 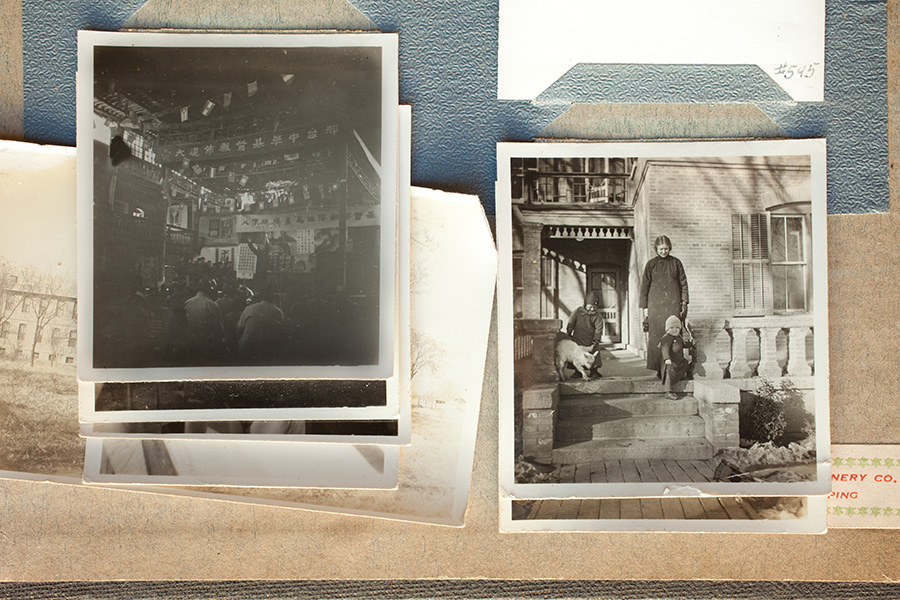 A few of the many photos Albion history professor Dr. Joseph Ho draws upon for stories shared in his new book.

Dr. Joseph Ho, assistant professor of history, studies his discipline through the lens of a camera. In a recent profile he discussed his love of photography, history, and his extensive camera collection. Now, Ho has a new book out, Developing Mission: Photography, Filmmaking, and American Missionaries in Modern China. It was officially released by Cornell University Press on January 15.

The book follows the lives of Protestant and Catholic missionaries as they visually document modern China with their beloved cameras. The missionaries made photographs and films of China for supporters in the U.S. as well as for sentimental purposes and coverage of major historical changes. Like their images, their views evolved as well. Their initial bewilderment at being in a foreign place turned to a deep appreciation for China and its people. 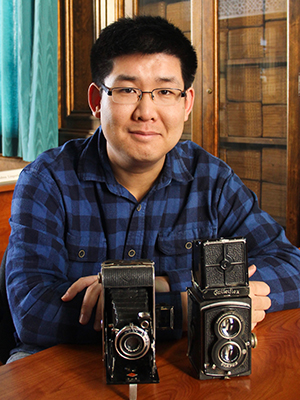 Ho says, “It took time for missionaries to adjust, but eventually they landed on the phrase, ‘the land of our adoption;” although they came to China to build religious communities and humanitarian institutions, in many ways China converted their views and identities.”

These missionaries took advantage of 20th-century advancements in photography, including smaller, more portable cameras. “These cameras were highly mobile and had new technologies built into them; missionaries could produce images much more easily than they could before in the 19th century,” Ho says. “Like walking around snapping pictures with iPhones is very much a part of our lifestyle, image-making became a part of their lifestyle, too.”

The idea for the book came from an intersection of interests for Ho: histories of photography and film, East Asian history, and Christianity in China. The inspiration came, he said, from “putting these fields together and realizing that, my goodness, there’s an untold story here.”

The catalyst for the realization happened while Ho was working at the San Diego Chinese Historical Museum as an undergraduate, shortly after he finished writing a prize-winning honors thesis about photographers in wartime China. It was there that he met the son of Presbyterian medical missionaries, who told Ho about hundreds of photos his parents made while in China from the late 1920s through the late 1940s. Ho was hooked; from there he was able to contact other families and archives, obtaining more photographs, films, and historical sources from around the world, many of which are discussed in the book.

“I like to describe photos and film as the closest thing that we have to time travel,” Ho says. “It’s like looking through a lens and seeing into the 1930s, or seeing this person that you’re talking to as a three-year-old or as a four-year-old, perhaps knowing that something terrible is going to happen to their family or community at some point. But now you’re meeting them as someone in the twilight years of their life.”

In fact, that was the most difficult part of writing the book, Ho says. “Some historians will say that they’re almost fortunate, emotionally, because the people they work with are gone. They don’t have to speak with them directly; instead, they work with documents and artifacts that are left,” Ho says. “In working with people who lived through this history, I’ve lost a number of really good friends during the research and writing of this book.” These lost friends are children of missionaries and Chinese families, close friendships nurtured by the book project.

‘The Stuff of Movies’ 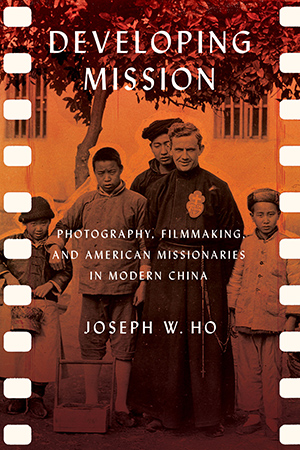 The cover of Ho’s new book.

Some missionaries’ children conveyed thrilling tales in their interviews. Their families were present in China during major wars, with dangerous situations that shaped not only the images they made, but also their lives.

One child, now a retired linguistics professor, remembered his experience from the Chinese Civil War. “He was digging outside the city and found this unexploded bomb. He puts it on his toy wagon and drags it into the mission hospital courtyard,” Ho says. “And everyone’s diving for cover and screaming, and he’s like, ‘Why, what’s going on?’ And this man comes over and scoops him up and runs away.” The bomb was safely removed, but the memory remains.

The stories, alongside the photographs and films that accompanied them, made an impact on Ho. “These things are the stuff of movies, but they were also real experiences for the people I was speaking with,” he says. Aside from the engaging stories, Ho also enjoyed the technical aspects of working on a book in which visual technologies were so important. “I think one fun part about the project was being able to, as a photographer, discover the cameras that made these images and put them to use,” he says. “It’s the feeling of not just reading and writing history but also touching it, making it something you can do.”

This “hands-on approach,” he says, is a part of what made the experience so meaningful.