“Healing is a really big thing and this giving was a function of that,” says matching-gift donor about this uniquely challenging year’s annual event. 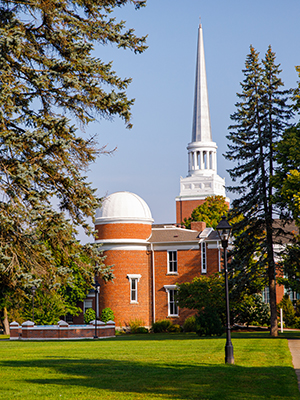 The Albion College Observatory with the Goodrich Chapel steeple in the background.

In a year full of strife and uncertainty, Caryn Ryan, ’79, wanted to do her part to make sure the year also ended with hope.

“This is a pandemic year and that fact has really opened people’s hearts to wanting to do good,” Ryan said. “There’s so much out there in the world that doesn’t seem functional and I think people are looking for something small that they can do to make them feel like they can help. You can’t fix the problems of the world but you can take a baby step to move the world ahead.”

So Ryan, a member of the Albion College Stockwell Society and a frequent contributor to her alma mater, worked with Steve Oursler, Albion’s director of planned giving, to create a way to help make that happen. That opportunity came Dec. 1 with the annual day-of-giving global initiative in which Albion takes part: Ryan decided to match gifts with a $20.20 gift of her own to the Student Assistance Fund.

Sparked by that incentive, Albion received a Giving Tuesday-record 386 gifts from 343 donors (also a record) for a total of $173,400, the second-highest total (behind only 2017) in the 10 years Albion has been involved.

“It was definitely exciting given the circumstances this year,” said David Morris, Albion’s engagement officer for annual giving. “And I credit a lot of that to the matched gift from Caryn. That inspired a lot of excitement on the day. Her goal was to increase first-time donors and young alumni giving, which we certainly did. For what 2020 has been for all of us, this is really something of note for sure.”

Ryan grew up in Berkley, Mich., and credits Albion with helping her move forward from difficult circumstances.

“Growing up poor, I realized Albion College really had an impact on equipping me and leaving poverty behind,” she said. “Albion equipped me to take those steps. I think education plays a big role in fighting poverty.”

That’s why she wanted to do her part on the most recent Giving Tuesday.

“It was an invitation to alumni to make that small step,” she said. “Healing is a really big thing and this giving was a function of that. And how can you go wrong with Albion College? A small liberal arts college that trains their students and that tries to find the right in situations and bring it about. That’s a key to a liberal arts education.” 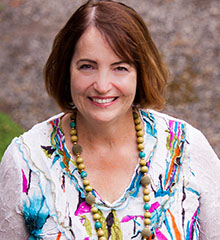 Ryan earned her degree at Albion in economics and psychology and then went on to gain her M.B.A. from Northwestern University. After working in the financial field for an energy company, she moved to California in 2004 to become chief financial officer for World Vision International, an evangelical Christian humanitarian aid, advocacy and development organization.

“I came to California to work for World Vision, but it’s the weather that kept me here,” she said with a laugh.

In 2008, Ryan formed Missionwell in Pasadena, Calif., a company that works with nonprofits and religious groups on their various needs from human resources to bookkeeping to gift handling and payroll.

And if she can continue to help the college that helped her, she is happy to do it.

“Albion is helping to create a generation of thoughtful folks who will really be movers and shakers in their world and their space,” Ryan said.