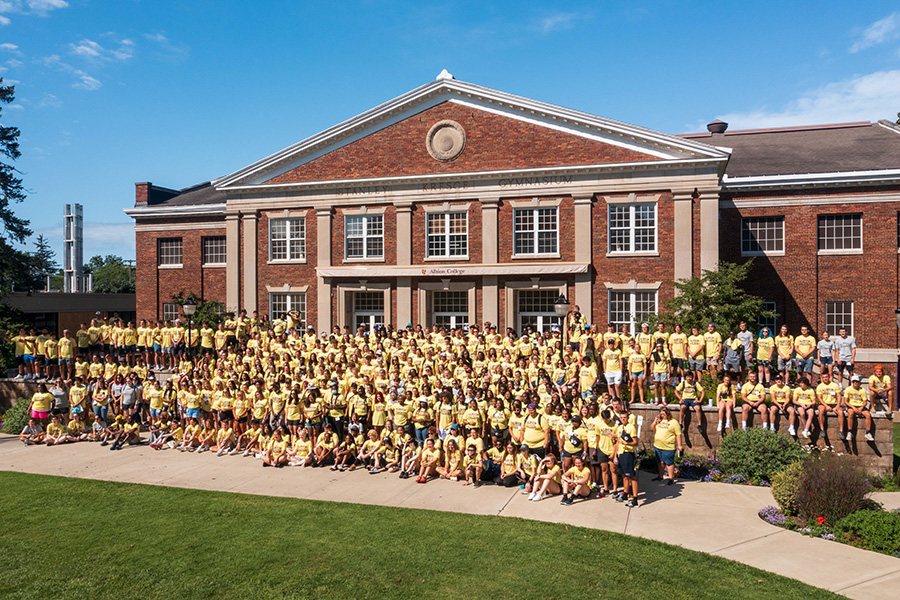 With their emphasis on student outcomes, the latest college rankings from Forbes and The Wall Street Journal/Times Higher Education (WSJ/THE) hold Albion College in high regard in comparison with peer institutions.

In its America’s Top Colleges list, published earlier this month, Forbes lists Albion at No. 72 among small colleges nationally. And just released this week, the joint effort from the Journal and UK publication count Albion among the top 250 U.S. colleges and universities, public and private; Albion ranks 85th in the WSJ/THE table of liberal arts colleges.

Both offerings, in their respective methodologies, underscore the weight placed on what generally are known in the higher-ed sector as outcomes. A full 50% of Forbes’ ranking consists of alumni salary and debt levels and a specific calculation meant to determine a college’s return on investment.

In the WSJ/THE ranking, outcomes carry the largest weight, at 40%, based on graduation rate, graduate salaries, and debt. According to the Journal: “Some college rankings focus on inputs: the quality of incoming students … standardized test scores … rankings from their high school graduating class. Other lists give significant weight to outside opinion. … The WSJ/THE College Rankings focus on outputs, emphasizing the return on investment students see after they graduate. Schools that fare better on this list have graduates who generally are satisfied with their educational experience and land relatively high-paying jobs that can help them pay down student loans.”

“While I recommend prospective students and their families see rankings as just one tool they employ in their college search, our positions on these two lists are indicative of our identity as a liberal arts college that is deeply committed to community-engaged learning,” said Dr. Ron Mourad, Albion College provost. “Our institutes and centers, in particular, have rich histories; long-established relationships with employers; and dedicated, vibrant alumni networks. Now that the institutes and centers are part of the School for Public Purpose and Professional Advancement, students can expect even more experiential learning opportunities and other ways to connect beyond campus, all of which point to stronger outcomes—in early careers as well as in graduate or professional school.”

The lists from Forbes and WSJ/THE follow the widely watched U.S. News and World Report Best Colleges ranking that includes Albion as one of the Most Innovative National Liberal Arts Colleges for the second straight year.