Albion’s own astronaut, Josh Cassada, ’95, is currently on his first space walk. 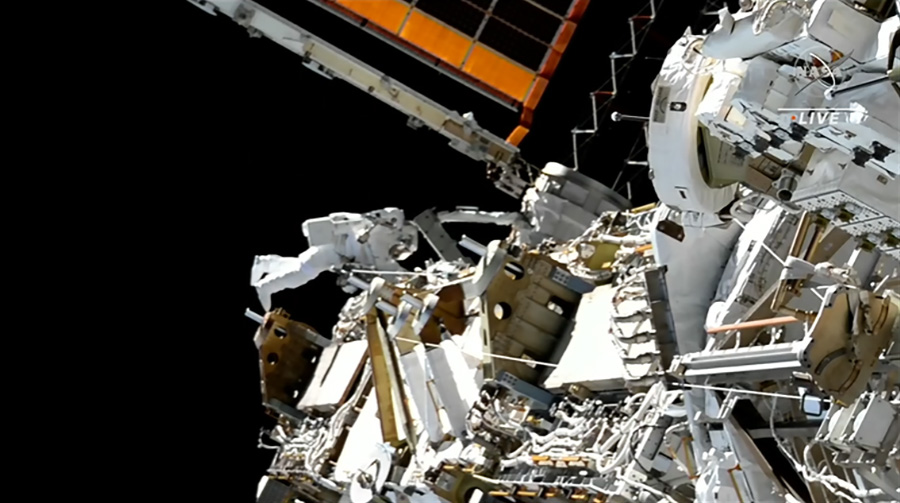 Astronaut Josh Cassada, ’95, got to stretch his legs today (Nov. 15) after spending his first month aboard the International Space Station.

Cassada, along with astronaut Frank Rubio, is conducting Spacewalk 81 to install the final ISS Rollout Solar Array (IROSA) bracket on the Starboard 6 Truss at the ISS.

The spacewalk, the first for both Cassada and Rubio, began at 8 a.m. Tuesday morning and will last for seven hours — or about 3 p.m. EST.

The IROSA is part of the electrical system and uses solar cells to convert sunlight to electricity. Large numbers of cells are assembled in arrays to produce high power levels, according to NASA.

Cassada has been aboard the space station since his launch Oct. 5 and successfully docking with the ISS the next day. The mission is scheduled to last for six months.

The walk can be viewed at the NASA TV website.