Nearly 42,000 gifts and pledges totaling more than $101 million across four key priorities lead to the campaign’s conclusion 18 months ahead of schedule. The success underscores the interconnected impact experienced every day by Albion students, faculty, staff, alumni and friends, and boldly sets up the College for an engaged, purpose-driven future.

It was September 2019 when Albion College officially announced the launch of the public phase of a $100 million comprehensive campaign as part of the College’s Purple & Bold initiatives.

Less than a year later, the results are in. Thanks to nearly 42,000 gifts and pledges from generous alumni, parents, students and friends, stretching back to the official quiet-phase start of the campaign in 2014, Albion has raised more than $101 million that will support the following priorities:

Additionally, the campaign championed investment and development in the Albion community (not counted in the campaign total) to create new opportunities for cooperative outreach and enrichment, and to help strengthen the ties between the College and the community of Albion.

Bob Anderson, executive vice president for institutional advancement and external affairs, said that when the campaign entered the public phase, he had expected it to take at least two years to complete. But generous gifts from the beginning dramatically cut the timetable.

“We ended a year and a half early and 10 months after the official announcement of the campaign,” he said. “It’s pretty remarkable.” 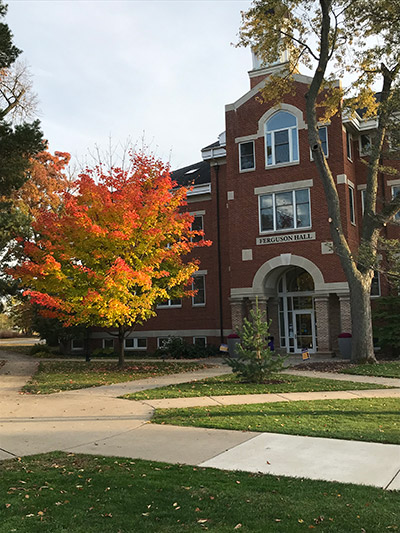 The combination of funds raised and the quick timeline amounts to the most successful campaign in Albion College history, and was made possible through gifts from more than 13,000 donors.

“This tells you that we have tremendous alumni and friends who care so much about giving back to the school and who are loyal and committed,” said Michael Harrington, ‘85, chair of the College’s Board of Trustees. “They were just waiting to be asked.”

Indeed, the capstone gift that put the campaign over the top was provided by Dr. Samuel Shaneen, ’88, a longtime College supporter who has proven pivotal in the remaking of downtown Albion through construction and reconstruction projects resulting in the Courtyard by Marriott hotel and the Ludington Center on Superior Street.

Dr. Mathew Johnson, who became Albion College’s 17th president July 1, had watched the campaign unfold as he went through the interview process to become the successor to Dr. Mauri Ditzler.

“I thought it was exciting,” Johnson said. “It’s part of what convinced me that the College had a bright future with its supportive alumni base. The results of this campaign provide vital resources for the College to build on the high-quality education we have been long known for and are being counted on to deliver to the next generation of students. It’s a clear indication that friends and alumni value Albion College highly.”

Plans for the $100 million campaign came together soon after Ditzler joined Albion as its 16th president in 2014.

“Our alumni knew they loved the College and wanted to support it,” said Ditzler, who retired on June 30. “But they were a little bit worried about its future. So before we started, we wanted to go to the alumni who still love the College and build confidence in its future. We wanted them to feel assured that leadership understood the College and what made it work. When they can see that, it helps rekindle the confidence. That’s what a campaign is supposed to be. I knew we had the strength to do it; it was just a matter of bringing people together, remembering who we were and determining what our future was going to look like.” 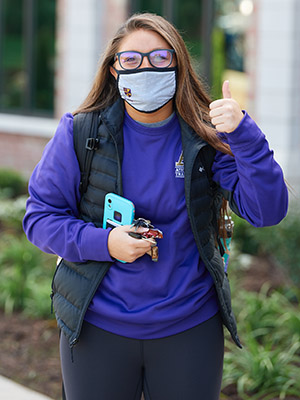 “We started to talk with people about a future they could impact,” he said. “We wanted to build a vision where people would see their involvement with the campaign and, as a result, see the College grow and prosper. We needed to return a level of confidence in the future, and a level of faith and trust in the administration, and what the College could do in changing times.”

Anderson said that began with embracing President Ditzler’s vision for the future. “That’s when the magic started.”

“We had momentum right from the start because we had a new president [in 2014] who was articulating a new vision, and we wanted to be able to raise money to be able to implement that vision,” Harrington added.

The funds raised will impact every part of Albion College, from strengthening the endowment to creating more scholarships to reimagining the curriculum.

Peggy Sindt, ’73, retired director of the Albion Economic Development Corp. and Purple & Bold campaign co-chair, has been part of several College fundraising efforts in the past. She said this one was the most successful and important.

“I’m an old economic developer and it’s important to the community for its largest employer to be healthy,” Sindt said. “This effort increases its health and I think Mathew Johnson will continue that as president. The collaboration between the community and the College will continue to grow.”

Please see the upcoming Fall-Winter 2020-21 edition of Io Triumphe! magazine for a special section highlighting the success of the Purple & Bold $100 million campaign.