Albion is a place that fosters academic curiosity, says the sociologist who combines a love of teaching with research into some of today’s most difficult subjects. 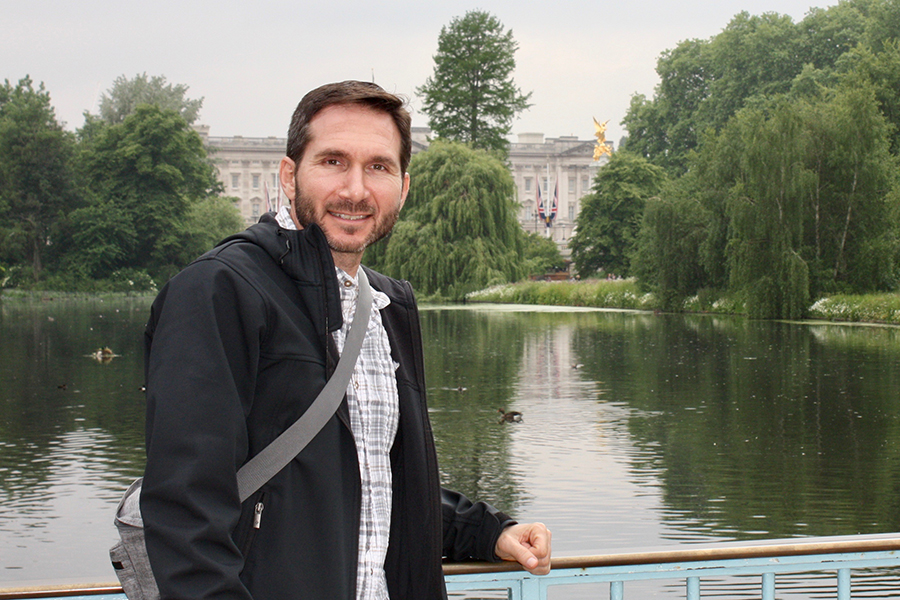 There are rarely simple answers to difficult questions.

But there are times when the world isn’t that complicated after all—such as in the world of teaching.

“It’s so exciting and rewarding when the light bulb comes on and the students get it,” says Melzer, who also currently serves as chair of Women’s, Gender and Sexuality Studies. “That’s what brings you back over and over again.”

He has seen those light bulbs turn on at Albion since 2004. “I was always interested in teaching, so Albion is really a perfect fit for me,” he says, “even though I didn’t attend a liberal arts college.”

“It developed in an academic sense when I was an undergraduate,” he says. “There was a woman I knew whose boyfriend was hitting her and the light bulb went on for me. It was about the violence women experienced at the hands of people in their lives and being able to understand it from a sociological perspective. It was jarring and eye-opening for me.”

It was one of those tough questions with no easy answer, and Melzer has pursued it ever since. Indeed, his master’s thesis focused on the intersection of masculinity and violent relationships.

He would later take that topic and expand on it, exploring the politics of American gun culture while continuing his research into manhood and masculinity. In recent years Melzer has written a book about each subject: Gun Crusaders, on the influence and power of the National Rifle Association, and Manhood Impossible, which examines the changing rules of American men.

His insights have attracted significant media attention: CNN, National Public Radio, The Atlantic, The Washington Post, The Boston Globe, USA Today and even a German TV network, which sent a crew to Albion to talk with Melzer about America’s fascination with guns.

Of late, a new research subject has come into focus: how NCAA Division III student-athletes handle the rigors of academics, athletics and life.

“It’s about identity and equality,” Melzer says. “They are competing because they love their sport, and I’m trying to better understand their attitudes and experiences as student-athletes.

“It’s a broad subject and I might have bitten off more than I can chew,” he adds with a bit of a laugh, citing the minimal amount of access to students during the COVID-19 pandemic.

But for Melzer, the social sciences are a never-ending source of fascination as he continues to explore the human condition. In past years, with faculty colleagues in the Political Science Department, he has co-taught the curriculum of the groundbreaking Inside-Out Prison Exchange Program, in which Albion students share a unique class with inmates at the Michigan state prison in Jackson.

Melzer says he is able to pursue both his love of teaching and his continuing research into some of society’s most pivotal and difficult subjects for a simple reason: Albion is a place that fosters academic curiosity.

“Ultimately it’s about mentoring and working closely with young people and helping them develop intellectually and in other ways,” he says. “It’s an opportunity to do research together with students. And as I get older, I believe I’m getting more paternal with students, but not more paternalistic.”